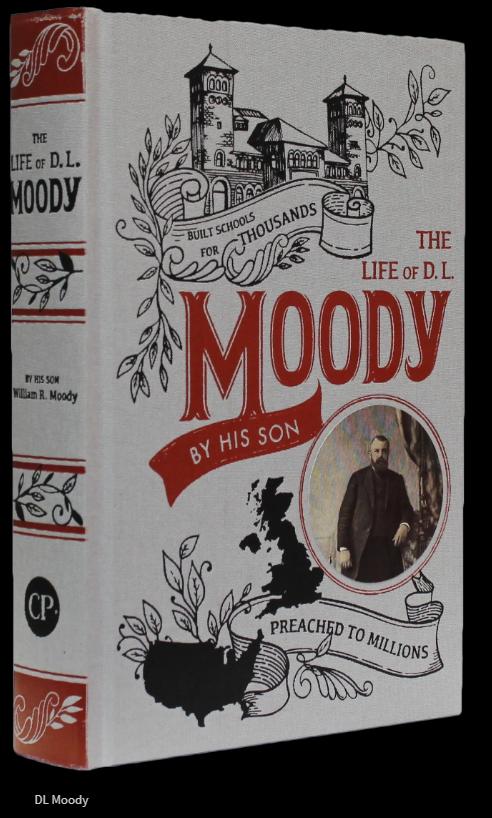 The dates and info you just read are drawn from the most honest biography we have found on Moody. And there is much more to read about Moody’s life and God’s work through him, and you can find it in the biography written by his son, Will, in a book called: “The Life of DL Moody by his son” (Will Moody), with subtitles “Built schools for thousands” and “Preached to Millions”.”

This is an okay book and reduced version of Moody’s biography, by DL Moody’s son, Will Moody. It is also in audiobook form and worth your time, but if you can read the one by Moody’s son, you will get a lot more honest reporting of events and details, especially the ones that show Moody as just a bold active simple servant of Jesus (which Belmonte tries to fudge and blur).
https://www.amazon.com/D-L-Moody-Innovator-Evangelist-Changer/dp/B00KDN8CSG